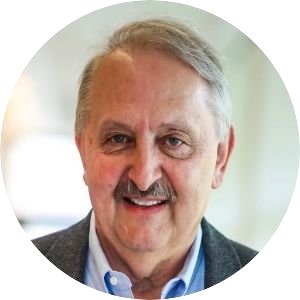 Jerry D. Cohen is the Gordon and Margaret Bailey Professor and Distinguished Graduate Teaching Professor in the Department of Horticultural Science. He received his B.S. in Biology/Microbiology from the University of California, Riverside 1972, an M.S. in Plant Physiology from San Diego State University working with Kenneth D. Johnson and David L. Rayle in 1974 and completed his Ph. D. in Plant Biochemistry from Michigan State University in the laboratory of Robert S. Bandurski. He then continued his post-doctoral studies at MSU both the in the Bandurski laboratory and the MSU-NIH Mass Spectrometry facility developing what then where novel approaches to quantitative mass spectrometry using stable isotopes (1979-1981). In 1981 he accepted an interdisciplinary appointment as Plant Physiologist/Research Chemist with the USDA-ARS Plant Hormone Laboratory in Beltsville Maryland. In 1998 he went to the National Science Foundation, serving as a Program Director in Cell Biology, then as Deputy Division Director for Molecular and Cellular Biosciences.  In 2000 he moved to his current position in the Department of Horticultural Science and the University of Minnesota but did return to the NSF twice for leaves of absence in 2004-5 and 2008. His research for much of his career centered on understanding plant signaling and focused on auxin as the organizing signal for plant development. His lab, with collaborators, have developed new methods for the auxin network analysis via mass spectrometry, provided critical information that defined the tryptophan dependent “YUCCA” pathway for auxin biosynthesis, showed primary evidence for the tryptophan-independent pathway, and elucidated the structures for auxin conjugates and showed that the auxin indole-3-butyric acid is naturally occurring. In 2008 his lab began to expand its interest into using mass spectrometry to look more broadly at plant development by pioneering new methods in both proteomics and metabolomics. These studies have resulted in advances in understanding honey bee uses of plant resins for disease protection, understanding common mechanisms for plant abiotic stress responses and enhanced understanding of the roadblocks in woody plant micropropagation.

Cell signaling and growth regulation: The primary signal transduction systems in plants involve hormonal messengers that translate developmental, positional and environmental information into optimized growth and development. It is one of the fundamental goals of this laboratory to understand in precise detail how the levels of auxin (indole-3-acetic acid, IAA), the first discovered plant hormone, are regulated in specific cells and tissues within plants.

Toward single cell biology: One of the major limiting factors in plant metabolomics is the absence of effective methods for measuring spatial distributions of metabolites. We are currently evaluating many microsampling techniques for targeted metabolomics and metabolic flux analysis, especially for indolic metabolites and stress-related compounds in plants.