Nominees must minimally meet the eligibility criteria. Anyone may nominate an individual for this award; individuals are welcome to self-nominate. Recipients of the award are recognized at the annual Kermit Olson Memorial Lecture.

Please use this form to submit a 2-3 page CV highlighting achievements in horticultural science as well as a letter outlining why this alumnus fulfills the criteria and intent of the award. Nominations are due by noon on November 24th 2021. Contact Kelsey Bogdanovich at [email protected] with any questions.

The Kermit A. Olson Memorial Lecture was established at the University of Minnesota in 1970, through an endowment from the estate of Kermit A. Olson. The purpose of the fund is to provide an annual lecture by an outstanding horticulturist or landscape architect. Since 2017, we have combined the lecture with the award of the Distinguished Alumni Award, the recipient of the award is that year's lecturer.

Kermit A. Olson was a graduate of the University of Minnesota with a major in horticultural science. Following graduation, he became superintendent of the Soil Conservation Service Nursery at Winona. After four years of military service during World War II—in the South Pacific with the 303rd Air Force—he served as the landscape consultant for the Veteran’s Administration, and the manager of the Grandview Seed Store in Edina, the Farm Store in Excelsior, and the Danish Seed Store in Minneapolis. At the time of his death, he was head horticulturist at the Veteran’s Administration Hospital in Minneapolis. 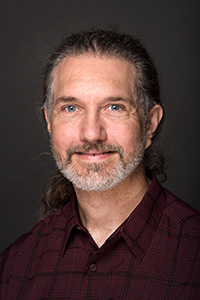