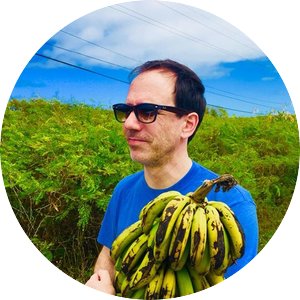 Adrian D. Hegeman is a Professor in the Microbial and Plant Genomics Institute at the University of Minnesota Twin Cities campus with appointments in the Departments of Horticultural Science and Plant and Microbial Biology. He received his B. A. in Biochemistry from Oberlin College in 1992, and completed his Ph. D. in Biochemistry from the University of Wisconsin–Madison in the laboratory of Perry A. Frey in 2001 studying the structure and function of the enzyme of dTDP-glucose 4,6-dehydratase. He then continued his post-doctoral studies at U. of Wisconsin in the laboratory of Michael R. Sussman using mass spectrometry-based proteomics and metabolomics (2002-2007). During his postdoc Adrian co-authored a textbook with his graduate advisor (Frey) titled: Enzymatic Reaction Mechanisms (Oxford, 2007). He has held his appointment at the University of Minnesota since 2007 studying plant metabolomics and the use of stable isotopes and mass spectrometry for methodological innovations. He is interested in comparing the metabolism of Vitis vinifera and V. riparia hybrids to understand the molecular basis for differences in grape berry color and flavor/aroma properties as well as physiological traits such as stress tolerance. Other projects include: exploring the botanical origins of propolis collected by honey bees, examining the mechanistic enzymology of plant hormone (auxin) biosynthesis, measuring bioactive constituents of kava (‘awa; Piper methysticum), and prospecting for antimicrobial and antioxidant compounds and new essential oils from MN native and naturalized prairie plants to use as preservatives in cosmetics.

Plant Metabolomics
My laboratory uses high throughput chemical analysis to measure hundreds to thousands of compounds simultaneously in plant extracts.  Conceptually, we attempt to make as many simultaneous unbiased measurements as is possible to allow analysis of metabolism in an entire biological system.  This methodology, called metabolomics is related to other systems biology approaches such as genomics and proteomics, which also attempt to provide comprehensive descriptions of the molecular status of a biological system as an initial step prior to formulation of hypotheses and more traditional lines of scientific inquiry.  The approach essentially looks at a biological system with new eyes provided by state of the art analytical technologies to create an image of a life processes that were not previously observable. We are interested in utilizing metabolomics to understand the diversity and production of specialized metabolites produced by plants as they respond to their environment.  Metabolomics is a fairly young discipline, which was conceived within the past decade in a post-genomics context.  Metabolomics depends heavily on rapidly changing analytical methodologies.  As a result, many of the resources for the field are still in development.  A major focus of our group concerns the creation of isotope-assisted metabolomics tools and resources that can take advantage of our capacity to metabolically label plant materials with stable isotopes (see: http://13carbon.com/ ).