Thinking of Spring: Recent Plant Releases from the Department

In the spring of 2015, media outlets were buzzing with the news: there was a new Minnesota apple in need of a name. Thanks to Honeycrisp fame, new apple releases from the Department of Horticultural Science tend to get a lot of people excited. The new apple, MN-55, is still a ways from having a name and showing up on market shelves. However, other breeding programs within the department have been hard at work. Since 2013, nine new plants have been introduced into Minnesota gardens and landscapes, with several more on the horizon for this year and next. Read about some of these new plants below, and learn more about these and other plants available for home or commercial use at the new Minnesota Hardy website. 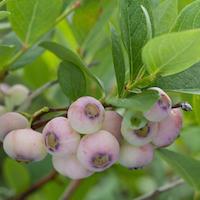 Bound to be a talking point in a garden or pick-your-own operation, Pink Popcorn® is the only pink blueberry on the market that is hardy in zone four temperatures. Despite its color, the fruit has a great traditional blueberry taste and ripens mid-season. The bush also offers a great splash of color to the landscape: white flowers greet you in the spring and orange to maroon leaves signal fall weather. 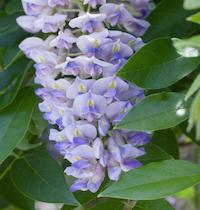 Summer Cascade™ wisteria, the U’s first flowering vine, was released in 2013 and given the cultivar name ‘Betty Matthews’ after the White Bear Lake resident in whose yard it grew for many years. This beautiful ornamental vine produces large, lavender-blue flowers in early summer. It is a vigorous, twining grower and is great for covering an arbor or pergola to create a shaded seating area. It requires full sun for best growth and flowering.

The Kentucky Coffeetree is a moderately fast-growing tree that makes an excellent replacement for ash or even elm trees in the Minnesota yard. True North™ is notable for its narrow, upright-oval form, superior branch architecture, and lack of messy pods and seeds. It can grow 50–70 feet in height, but generally is only 20–30 feet wide at maturity. While it’s a gorgeous dark green in the summer months, it has coarse, scaly bark that gives it winter interest as well. 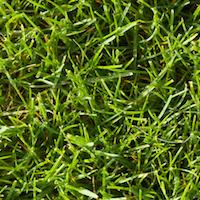 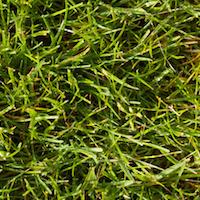 Recent releases from the turfgrass breeding program—perennial ryegrasses Royal Green and Green Emperor—are great examples of the more sustainable winter hardy varieties on which their program focuses. Both varieties are more winter hardy than previous releases in the program. Royal Green maintains a vibrant green color even during stress periods. Green Emperor is a darker green and mixes well with most commonly used varieties of Kentucky bluegrass or other elite turfgrasses, resulting in a more sustainable home lawn, golf course, or athletic field that maintains a traditional look. 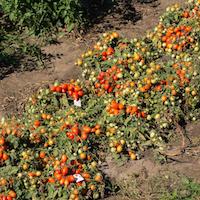 These little tomato plants pack a big punch. The first dwarf tomato varieties to be released from the U, Ground Dew™ and Ground Jewel™ each produce approximately 100 tomatoes per plant while only taking up 1 square foot of land. The main difference between these two varieties is the coloring of the unripe tomatoes; Ground Dew™ is white whereas Ground Jewel™ is green and white. Because they take up so little space, they’re great for potted plants and small gardens. On larger scale farms, these two varieties will produce up to 40 tons of fresh tomatoes per acre. Ground Dew™ and Ground Jewel™ have a growing season of just about a month and a half, ripen in late July, and are excellent for either fresh eating or processing. 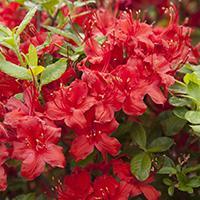 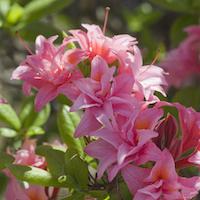 If you’re interested in purchasing any of these new plants, you can contact your local nursery to see if any are available. Commercial growers should reference the Minnesota Hardy website for more information on commercialization and licensing, plant availability, and growing information. If you’re interested in Ground Jewel or Ground Dew, contact Thomas Hutton at [email protected] or 612-626-3429.